-20% For subscribing to our newsletter

Do you want to receive the news and get a 20% discount on your first course?

A course by Di Boschi

The use colour in portraiture

Learn to paint the human face through chromatic harmonies and chiaroscuro

Throughout a dozen teaching units with more than 3 hours of content, Miguel Ángel Maderas, known artistically as Di Boschi, will show us his personal way of painting an oil portrait from the initial procedures to the final finish.

The whole process explained step by step for the realization of a realistic portrait from photographic reference. From the tonal organization according to the harmony of cold and warm, going through the explanation of the importance of contrasts, shadows and textures until reaching the key points of maximum light or the need for a balanced game of chromatic vibration.

Complete and, at the same time, synthesized explanations that will help us understand the importance of considering each of the elements of our painting in its context and this will be valid both in the tonal or light modulation, as in the different phases that they encompass the person portrayed: their face, eyes, hair, clothes or the play of the elements in relation to the background. In itself the whole set will always revolve around the vital importance of: color and its application in portraiture. 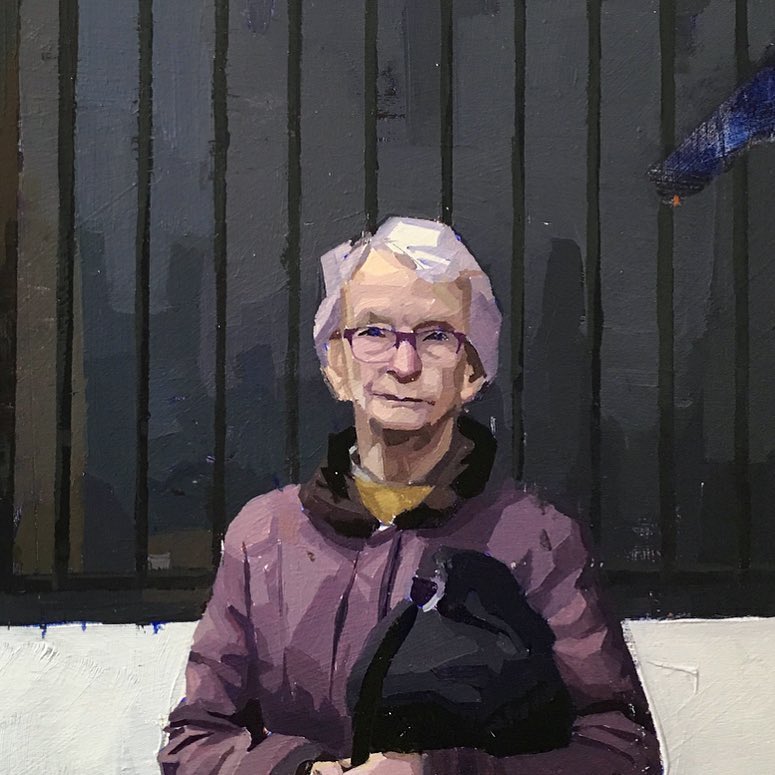 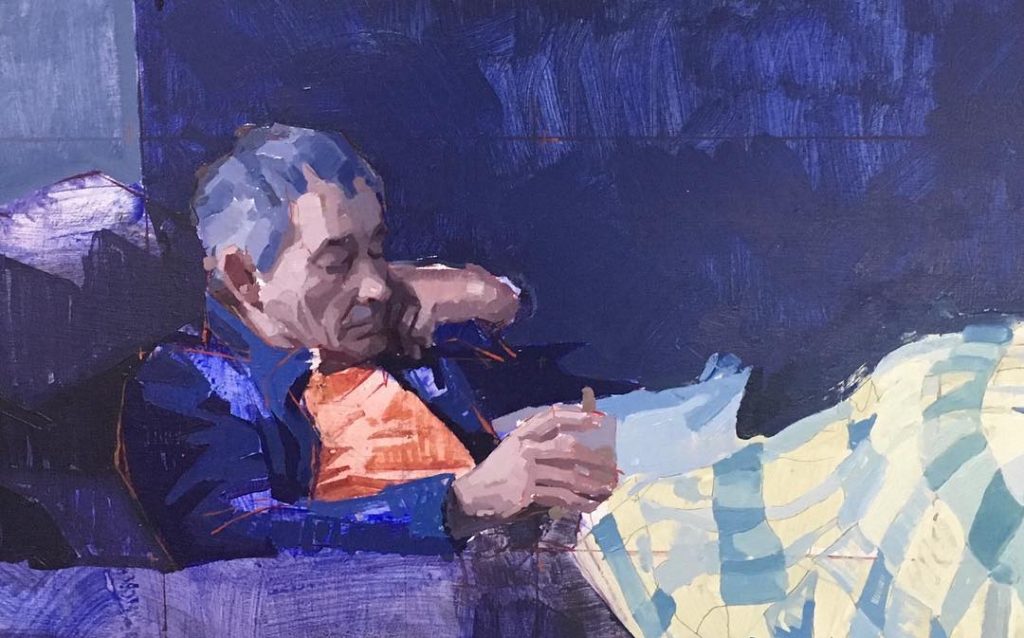 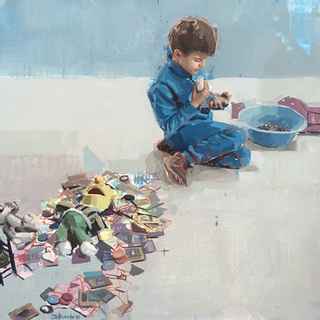 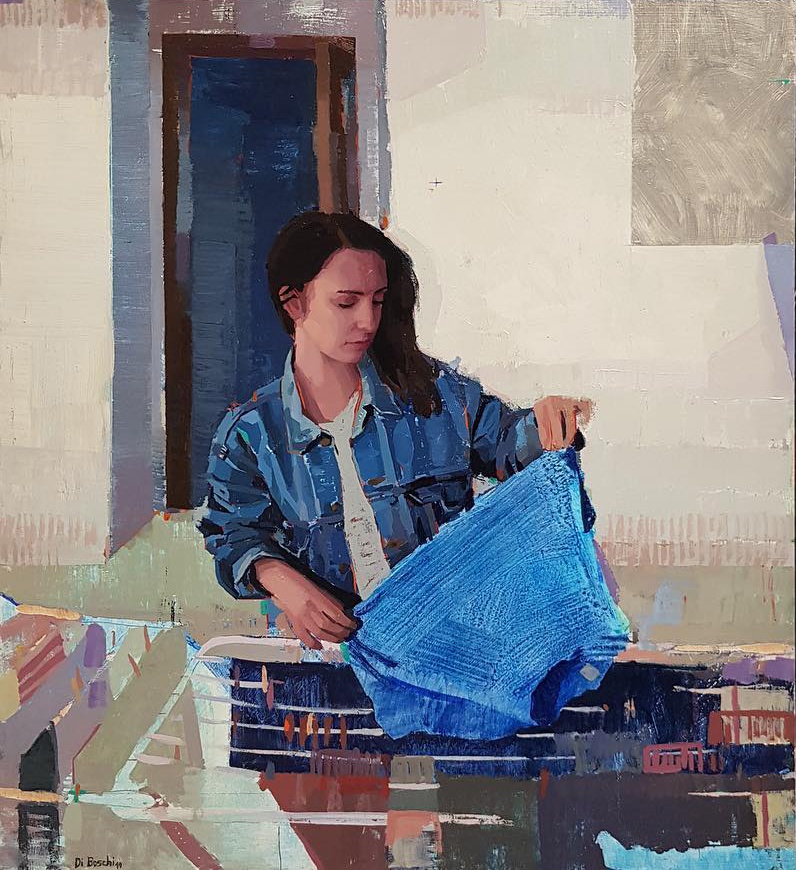 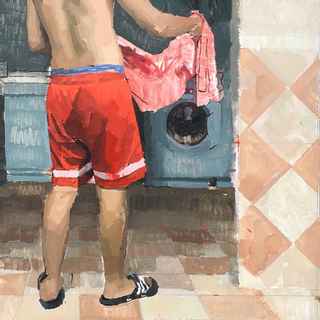 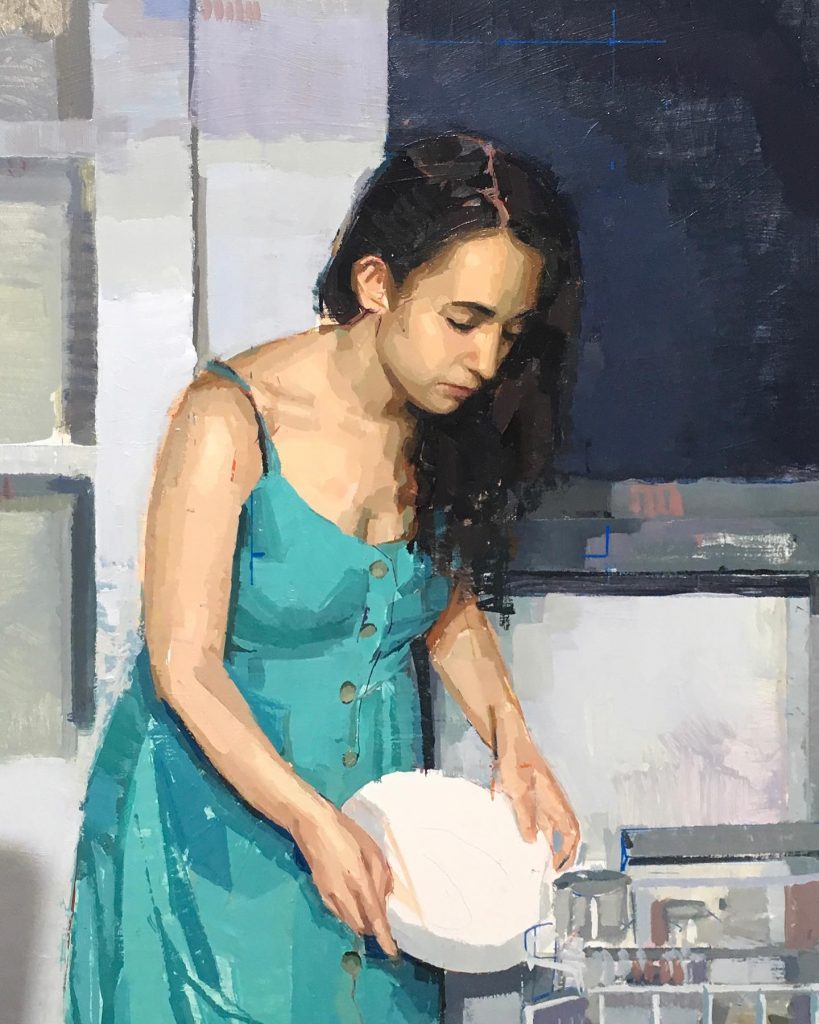 During this course you will learn how to make a naturalist portrait in oil, following Di Boschi's methodology. Method based on the harmonic relationship of cold and warm colors and light and shadow to model the different ones.

This course is aimed at painters, hobbyists or professionals who want to know techniques, resources and procedures to learn, improve or develop their talent in the field of portrait painting, mainly oil, although it is applicable to other techniques such as acrylic , gouache, watercolor, pencils, etc.

Personal computer or tablet to view the videos. It is also possible to use a smartphone, although we recommend larger screen sizes to better appreciate details. On the other hand, everyone will be able to use their preferred paint material to carry out the practices. Di Boschi uses large, flat synthetic brushes and small detail and long-grain brushes, all of which are affordable. The colors they use are also inexpensive: Titanium White, Ivory Black, Light Cadmium Yellow, Cadmium Yellow Orange, Yellow Ocher, Natural Shadow Earth, Burnt Sienna, Light Cadmium Red, Quinacridone Rose Red, Ultramarine Blue, and Cyan Blue. As Medium uses Liquin. Rubber spatula.

The materials, we reiterate, are recommended. The tutorial can be done without all the materials or in formats other than those oriented in the video.

Di Boschi or Miguel Ángel Maderas is a painter born in Jaén in October 1992.

His first contact with painting was in 2013, when he began his studies of Illustration in the city of Jaén, with the painter and professor Francisco Carrillo. This one taught him, the rudiments of the pictorial trade, and how to love and admire painting.

Graduated in Fine Arts from the University of Granada in 2019, in his short career in the world of painting, he soon made various exhibitions and received several awards. In this sense, it is necessary to highlight the individual exhibition "Harmonies and dissonances", at the Ceferino Navarro Gallery in Granada; and the first prize in the 28th edition of the Cerezo Moreno painting contest. These activities are carried out while he carries out a career as a painting teacher at the Azul de Cadmio academy in Madrid. In his painting, people and his environment are portrayed.

A person who performs actions, as it was an automaton. A person absorbed in his thoughts; completely absent.

In his compositions, solitude and silence will become shelters from the noise and chaos of today's society. The figures appear in a contemporary, familiar setting. It does not matter whether the landscapes are interior, urban or natural, places or non-places. In Di Boschi's paintings there is an ode to the everyday, to the unnoticed.

Regarding the use of form, it should be noted that in his works we find a special interest in composition and colour. Accomplishments featuring cold colours that are fragmented, as if it were a stained glass window composed of hundreds of shades. Compositions in which sound and silence; the abstract and the concrete coexist.